What do you get when you cross a disaster movie with a heist flick? A film like this sounds great on paper, and with Melissa Bolona in Category 5, this sounds like it could be a good time for any fan of this kind of crossing genres. Movie goers will be treated to Category 5, Rob Cohen’s next project on Nov. 5, 2017. Bolona is slated to be featured in the upcoming film.

Category 5 is a film about a meteorologist and a treasury agent trying to stop a group of hackers from infiltrating and stealing $102 million from a U.S. minting facility. Melissa Bolona is set to play the role of Sasha. While little is known about the character and her role in the movie, fans of Bolona and her work should be in for a treat when the film drops this November.

In her acting career, Bolona has been in over 20 different films and television shows since 2013. She is slated to appear in 8 different productions this year alone, and her acting career is only becoming more pervasive in the film industry. Melissa Bolona’s Category 5 appearance is not her only big role for this year. She is also set to play the role of Amethyst Stone in The Year of Spectacular Men. Between these two films alone, Bolona is making waves in the film industry.

Her rise to stardom is building momentum and showing very little cause for slowing down. At this rate, Bolona could be headlining any multitude of films within the next few years. For more information about her acting ventures and future plans in the limelight, go check out Melissa Bolona’s IMDB page to find out where you can see her next film on the silver screen. 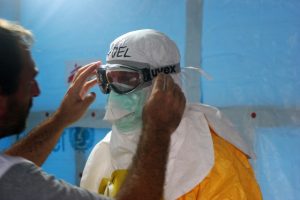 Reading Time: 5 minutes Wonderful towns and ecosystems stretching from the east coast to the west, a melting pot…

stressedmomblog
The Stressed Mom Blog
Stressed Mom puts her mind to writing w/ a glass of Pinot Noir in hand. Mom memes, parenting advice, baby shower games & motherly advice from a stressed mom
This website uses cookies to improve your experience. We'll assume you're ok with this, but you can opt-out if you wish. Cookie settingsACCEPT
Privacy & Cookies Policy